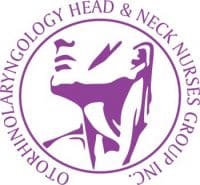 Hello from Senegal. I’m here in Dakar, Senegal, working on the M/V Africa Mercy, the world’s largest non-governmental hospital ship. This former rail ferry was refitted to contain a state of the art hospital including 5 operating theatres, 75 ward beds (including a 5 bed ICU), laboratory and radiology departments, and pharmacy.

Mercy Ships is an international faith-based organisation with a mission of bringing hope and healing to the world’s forgotten poor. As many as 5 billion people lack access to safe, affordable surgical and anaesthesia services worldwide, and less than 6% of all operations are delivered to the world’s poorest countries. Marginalised populations continue to suffer due to a lack of trained healthcare providers, inadequate infrastructure, and disproportionate out-of-pocket healthcare costs. Mercy Ships works with host nations to strengthen the local healthcare delivery system while serving the surgical needs of the host country.

Aside from containing the hospital, the ship is a floating community housing around 450 crew from all over the world, approximately one quarter of whom are nurses. In addition to the personnel working in the hospital, other crew perform every manner of job description including housekeeping, cooking, information technology support, plumbing etc. All crew are volunteers. Aside from taking time away from their paid positions at home, volunteers pay their own travel expenses to and from the ship, and also pay a monthly fee to Mercy Ships to cover their food and board. Don Stephens, the founder of Mercy Ships, likes to joke about the “unique business model” of Mercy Ships, where the crew “pay to work instead of working for pay”. It is to this end that OHNNG has sponsored $2000 towards the 10 weeks that I am currently spending volunteering in the Africa Mercy hospital, the eighth time I have worked with Mercy Ships over the last 14 years.

Mercy Ships provides a range of surgical services including orthopaedic, gynaecological, general, and plastic surgeries. Each of these surgical specialties operates for several months of the ten months that Mercy Ships spends in each host nation. However, one of the four wards in the hospital is dedicated to providing Head and Neck/Ear Nose and Throat, and Maxillofacial surgeries, and operates this specialty for the entire ten months of the field service. This gives you an idea of the need for surgeries in this specialty.

The first couple of weeks I was here were dedicated to paediatric craniofacial surgeries, a sub-specialty that 14 years of working in the Head and Neck/ENT specialty in an adult hospital did not much prepare me for! Thankfully I was part of a larger team including highly skilled paediatric ICU nurses. Eleven children with encephaloceles (at a high risk of not surviving their childhood due to the risk of meningitis) were operated on. Five of the children received the most complex surgeries, being all day cases requiring the combined skill of 3 surgeons: a neurosurgeon, maxillofacial surgeon, and Dr David Chong from Melbourne, a former ENT surgeon who combines those skills with plastic surgery to expertly repair the faces of children with facial deformities.

As Dr David and the neurosurgeon departed, a series of ENT surgeons from around the world have spent a few weeks each, operating with Mercy Ships’ Chief Medical Officer Dr Gary Parker. This inspirational surgeon has dedicated the majority of his career to Mercy Ships, performing maxillofacial and ENT surgeries on the poorest peoples of the world for the last 32 years. And so we returned to doing the surgeries that I have more experience with: including mandibulectomies and maxillectomies, and cleft lip and palate repairs.

Ameloblastoma, a benign tumour which arises from the tooth enamel, is a problem we see frequently in the African population. (Interestingly the incidence rate is also higher in the African American population.) Whilst benign, without treatment this tumour can grow to enormous size, causing a slow death by suffocation or starvation. Earlier in the field service patients with this condition underwent hemimandibulectomies to remove the tumour, and now we are seeing them return for reconstruction with iliac crest bone graft, which is performed three months after tumour removal. Most of us would be familiar with mandibular reconstruction using free fibular grafts. This procedure carries a donor site morbidity risk which is seen as acceptable in developed countries, with potential alteration to gait, strength, and walking distance. However in the communities in which Mercy Ships serves, mobility is critical in everyday life, with unpaved surfaces the norm, and manual labour a necessity for both income generation and daily tasks. Therefore the risk is of reduced lower limb function associated with free fibular graft is not considered acceptable here.

Many of our long stay patients are requiring complex facial reconstruction due to repair of noma (cancrum oris/nasalis), a disease of orofacial gangrene where portions of the nose, lips and face are lost. Although once a worldwide problem (noted by Hippocrates, the “Father of Medicine”), noma has disappeared in developed nations since the 20th century (aside from in concentration camps during World War II). This condition is referred to as the “face of poverty”, occuring in malnourished children living in abject poverty. Living conditions such as malnutrition, lack of sanitation and poor oral hygiene, in association with lack of access to vaccination contribute to noma. Generally it occurs in children under the age of five who because of their living conditions have very low immune systems.

When their systems are assaulted by a further stressor (such as measles, for example), ulceration and rapid tissue degeneration occurs. Many of these children die of sepsis (the mortality rate is as high as 90%) and those who survive are left with missing or disfigured tissue. Reconstruction is challenging, requiring multiple surgical procedures, and prolonged periods of wound care and nutritional supplementation with high risk of wound breakdown.

Many of our patients have lived with ostracism in their communities due to the physical differences they bear. This is often due to a lack of understanding of the reasons for birth defects or tumour growth, where traditional beliefs attribute these things to curses or other negative causes. It’s amazing to witness the transformation of a person where not only their appearance changes, but also their perceptions of themselves and their place in society. This comes not only from physical change, but also emotional change due to the acceptance they find amongst both the crew and their fellow patients, and the realisation that they are not alone in their situation. Many times our patients are the one individual in their village or community with their physical condition and coming to the ship and being among others with similar problems is very healing for them.
Once again this time with Mercy Ships has both challenged and grown me as a health care professional, and has touched my heart immeasurably.

Everything written here is my own thoughts and views and not those of Mercy Ships. 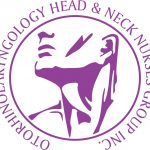 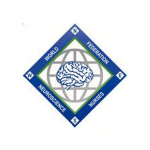